Home Facts and Myths Can Nutritional Yeast Cause Fungal Infections? 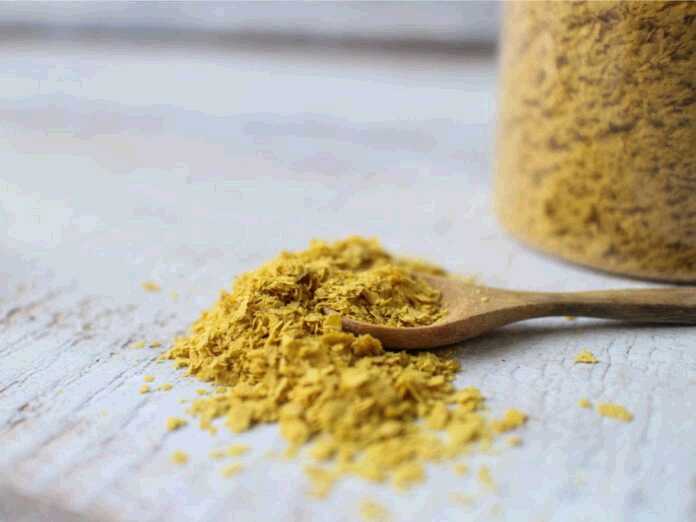 A food additive often used in vegan diets, nutritional yeast is a popular supplement because of its high contents of protein, B-12 vitamins, zinc, and folic acid. But, the word “yeast” carries a bad connotation and can deter people from trying this supplement. This can especially be the case if you suffer from chronic Candida infections.

So, is there a link between nutritional yeast and fungal infections?

What Is Nutritional Yeast?

Nutritional yeast is made from Saccharomyces Cerevisiae – a type of dead yeast grown on molasses which is then processed by heat and salt to remove its cell walls and deactivate it. Because it’s not active, nutritional yeast doesn’t have the ability to grow or reproduce like baker’s yeast or Candida, which is responsible for the majority of fungal infections in humans.

Other than its nutritional values, nutritional yeast has also been popular because of its nutty, cheesy taste that can add flavor to dishes even in small amounts.

Because it can’t grow or reproduce, nutritional yeast has nothing to do with fungal infections. These infections are usually caused by strains of Candida or other types of fungi like Histoplasma, Aspergillus, and Trichophyton. All of these fungi have one thing in common – they are active, which means they can grow, spread to other parts of the body, and even enter the bloodstream.

Additionally, nutritional yeast supplements don’t contain any other kinds of fungi, other than the deactivated Saccharomyces Cerevisiae.

If you were concerned about the effects of nutritional yeast on your health, we hope this article helped you overcome those concerns. There is no connection between nutritional yeast and fungal infections. Not only that, but this supplement has great nutrients that can benefit your health and be a great addition to a healthy diet plan.