Home Facts and Myths Did I Get a Fungal Infection at the Beach? 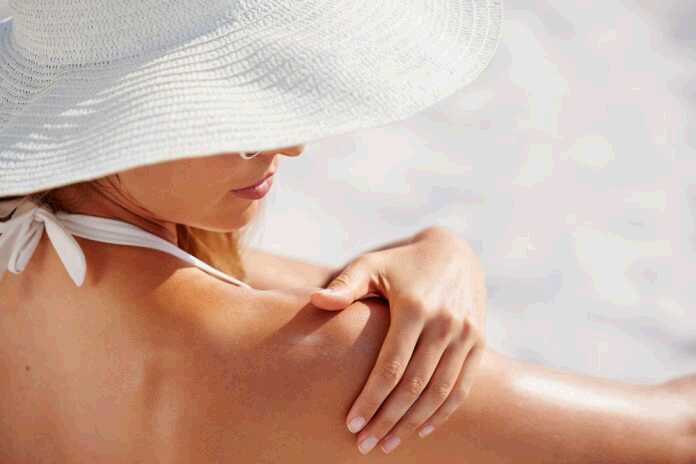 Showing a bronzed, smooth skin in summer becomes more than an act of coquetry; it’s a necessity to survive elevated temperatures. However, it’s the favorite season of Pityriasis, a fungal skin infection that attacks mainly in the hottest time of the year.

The  condition that dermatologyists call pityriasis is characterized by white spots appearing on the skin. They appear mostly in the thorax, neck, and arms. These are irregular, and initially they may be brown with a slight superficial skin peeling.

Sun exposure doesn’t produce Pityriasis, it is a consequence of a fungus that usually lives on every healthy skin. This is a frequent confusion since patients perceive it more during summertime and patches are more noticeable on tanned skin.

Pityriasis Versicolor is a superficial skin disease caused by a”super population” of the fungus Malassezia furfur, but it’s not considered an “infectious” disease per se.

Like any other fungus, Malassezia furfur has a preference for humid conditions, so it’s easy to relate it to the beach, pool swimming and tanning beds. Other risk factors that favor the proliferation of the fungus are some cosmetic products, genetic factors, immunosuppression (HIV, diabetes, drug abuse), or skin-based diseases (seborrheic dermatitis).

The clinical diagnosis is made by scraping the skin to observe detached scales under a microscope, or reacting in a laboratory culture.

As for the treatment, it consists of applying topical antifungals for a period of 2 to 4 weeks. In patients with recurrent outbreaks or who don’t respond to treatment, an oral medication can be administered.

However, treatment doesn’t eliminate patches immediately. The white spots improve after a few months once the excessive proliferation of the fungus has disappeared.